In the beginning of September 2011 the grains were loaded at the River Plate port San Lorenzo, Argentina, at two terminals being El Transito and Quebracho. The total weight of the assembled cargo was 33,326.69 metric tons and required an artificial separation in one hold in order to accommodate all cargo grades.

belonging to Four Handy Limited (Premuda Group). This is the first time such agricultural products have been discharged at Huasco, a notable achievement for both the Head Charterers, Head Owners, Shippers, Receivers and AEC. 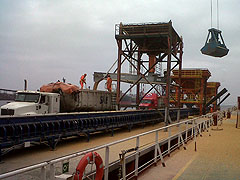 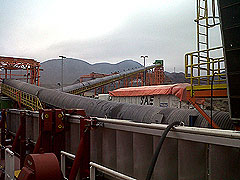