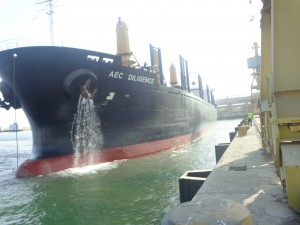 The MV AEC Diligence is log fitted meaning that she has is perfect also for loading Timber.