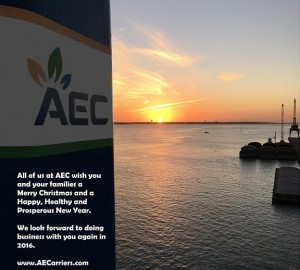 AEC is very well connected in South America and the continent remains one the group’s most important trading areas.

South America is going through a historical phase of changes. It seems like various countries will sooner or later be ending a long period of left wing governments that have created extremely corrupt public sectors at the cost of the poor people and the countries growth potentials. Whereas the private industry, about two decades ago, started to clean up their act, the entry and the continuation of the left wing governments has unfortunately resulted in horrendous administrations where the focus has been on personal gains rather than growth and proper administration of the countries. The most eye catching countries have been Argentina, Brazil and Venezuela, who are currently all paying the price. Bolivia is of course also on the same ‘list’ but the country has limited influence on the world trade.

Last week Argentina swore in their new President and at least there is faith and hope in the Argentine people’s mind that things can only get better. The President has promised many changes and it remains to be seen whether he can deliver. However, an important step for the country’s exports has been the confirmation of the reductions, and in certain cases the removal, of the export taxes.

Brazil it currently in a very stressed political moment. A possible impeachment of the President is in the cards and it is possible that the ex-president will be prosecuted. Admittedly respectable President candidates currently seem scars but there is at least hope of charges to come.

In Venezuela the result of the recent election also indicated that there might be important changes in sight.

AEC embrace the current South American changes in progress, not necessarily from a politic point of view, but purely in the interest of the regions prosperity.

On Saturday, November 28th, 2015 AEC’s CEO along with a team of ten represented AEC at the Lyford Cay International School (LCIS) 13th Annual Fun Run!
Team AEC was the largest group supporter with 11 team members representing the Company but each individual also paid their entrance fee in support of the school.

The event began at 9AM with all members completing the 5-mile course.
The exciting event encouraged participants to walk, jog or run the course which took place around the beautiful Lyford Cay. It was more than just a healthy part of the Thanksgiving holiday weekend, it was also a fun way to support the community school. Over 150 participants supported the annual event that was sponsored but by local companies and organized LCIS. Over $59,000.- was raised for the Annual Fund at Lyford Cay International School.

Team AEC is already in training for the 2016 Fun Run! 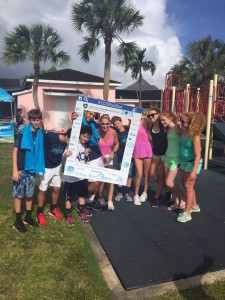