Long-planned event part of activity ahead of the Inauguration of the Expanded Canal; Anticipation and excitement grows as June 26 Inauguration approaches. 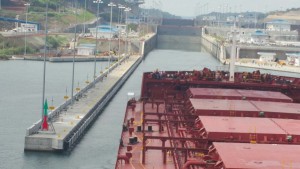 The vessel, which arrived in Panama this week, has a length of 255 meters and a beam of 43 meters, and was contracted by the Panama Canal to perform multiple lockages through the Expanded locks for testing and training purposes. They are taking place in parallel to training being conducted at the Canal’s state-of-the-art training facilities: the Center for Simulation, Research and Maritime Development (SIDMAR) and the Scale Model Maneuvering Training Facility. All went according to plan in today’s transit.

Once inaugurated on Sunday, June 26, the Expanded Canal will double the waterway’s cargo capacity, enhancing the Canal’s efficiency, reliability and customer service. The new waterway will provide greater economies of scale to global commerce as Neopanamax will be able to transit through due to expansion. In line with its focus on customer service since the handover to Panama nearly 20 years ago, the ACP continues to provide the world, global commerce and individual segments with new products and services.

The Panama Canal is run by an autonomous agency of the Government of Panama in charge of managing, operating and maintaining the Panama Canal. The operation of the Panama Canal Authority (ACP) is based on its organic law and the regulations approved by its Board of Directors. 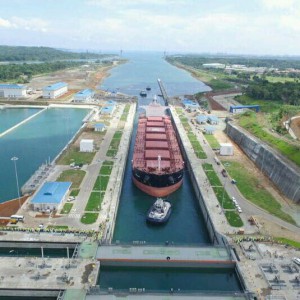 The Panama Canal Expansion project is the largest construction project undertaken in the waterway since its opening in 1914. Considered and analyzed for a decade with more than 100 studies, construction on the first-ever expansion began in 2007 to provide the world (shippers, retailers, manufacturers, consumers) with greater shipping options, better maritime service, enhanced logistics and supply-chain reliability. The Expansion includes the construction of a new set of locks on both the Atlantic and Pacific sides and multiple dredging projects to create a second lane of traffic along the Canal. The new locks are much wider and deeper than the current locks (180 feet versus 110 feet and 60 feet versus 42 feet) and recycle nearly 60 percent of the water used per lockage with state-of-the art Water-Savings Basins. The project doubles the waterway’s cargo capacity, enhancing the Canal’s efficiency, reliability and customer service. The existing Canal serves more than 144 maritime routes, connecting 160 countries and 1,700 ports across the world. The Expanded Canal will provide greater economies of scale to global commerce as Neopanamax (formerly called Post-Panamax) ships, which can transport approximately three times the amount of containers than a Panamax vessel, will be able to transit through due to expansion. Since Neopanamax vessels and new segments, such as Liquefied Natural Gas (LNG), can now take advantage of the Canal’s benefits, new routes, liner services and other maritime changes are expected to emerge. In line with its myopic focus on customer service since the handover to Panama nearly 20 years ago, the Panama Canal continues to provide the world, global commerce and individual segments with new products and services. 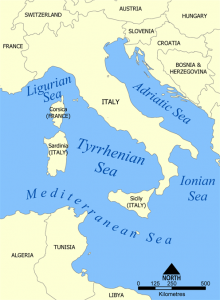