With open hatches and box holds the AEC fleet was designed to carry cargoes such as long steel pipes in a safe and efficient manner.

“It is always a pleasure when we can utilize our own tonnage on the types of cargoes that they were designed to carry, and in fact this is the third time the same vessel has loaded steel pipes.” says Jesper Lollesgaard, Chartering Manager in London responsible for European markets.

Mr. Lollesgaard adds: ‘Although traditionally most of the Pipes loaded by AEC have been loaded at Japanese ports, it is likely that other origins of such cargoes will if not beat then equal the volume of Japanese pipes.’ 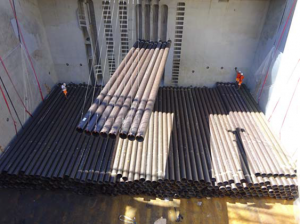 This cargo of steel pipes was loaded in record time at two ports in Italy using a minimal amount of dunnage and is now well under way to the destination.

We are very pleased to welcome Mr. Jamie R. Carter (JRC) to the AEC team.

Mr. Carter comes with two decades of Dry Cargo experience and will be focusing on Tonnage Procurement and the further development of the Baltic, Continent, Mediterranean and Black Sea markets.

AEC continues to be active also in Central American trades and just loaded a full cargo of Bulk Sugar in Puerto Quetzal, Guatemala.

‘We are well known, active, competitive and provide first class service in that part of the world as well’ says Chartering Manager Claas Grafe.

‘We always aspire to be a primary carriers for first class Charterers. AEC is all about professionalism and providing what our Charterers need without any hassle’ Mr. Grafe continues. 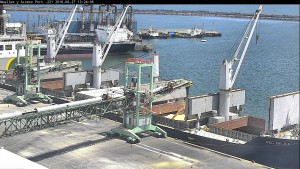