AEC owned vessels are all Double-Hull vessels with and are what is called Open Hatch types with Box-Shaped holds . The Double-Hull does not only provide increased safety but the design also allows the interior of the holds to be Box-Shaped. Box-Shaped holds are considerably better for cargoes like Steel Products, Unitised and General Cargo. Some cargoes like Wood Pulp, Paper in Reels and Aluminium Ingots are normally only loaded in Box-Shaped vessels. Having Box-Holds and Open Hatches greatly facilitate the loading and the stowage of such cargoes. 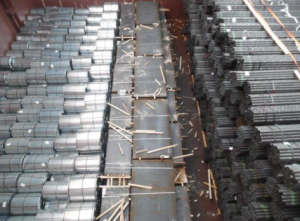