As mentioned in our AEC News input December 2015 (‘Interesting times in South America’ – https://aecarriers.com/interesting-times-in-south-america/ ), also Brazil was overdue for changes.

On Sunday the 17th of April 2016 In Brasilia, a vast majority of Brazil’s lower house voted in favor of the impeachment of the current President Dilma Rousseff, less than two years after her reelection, deepening the country’s political crisis less than four months before the opening ceremony of the Summer Olympics in Rio de ­Janeiro.

The impeachment measure will now move to Brazil’s Senate, where only a simple majority is needed to force Rousseff to step down. Senators would have 180 days to conduct formal impeachment hearings before a final vote to determine her fate while Vice President Michel Temer, Rousseff’s former running mate and now rival, assumes temporary control.

AEC supports the needed changes in Brazil, but also recognize that the next period will be complicated for the country and might affect local business and exports. A general and profound clean-up is badly needed in the political system but likely not around the corner, unfortunately… However, that the people’s voices for changes and the cry for prosperity have been heard, is considered a welcome change. 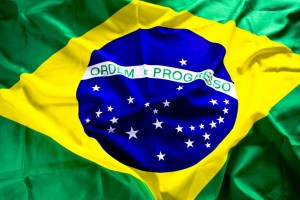