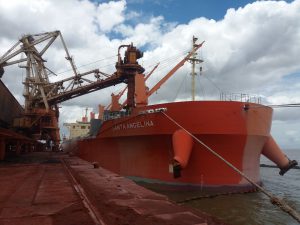 The Supramax MV Santa Angelina, under time charter to AEC, recently discharged almost 51,000 metric tons of coal at Vila do Conde. The cargo was loaded at Puerto Drummond, Colombia which is one of the leading coal exporting ports in Colombia. 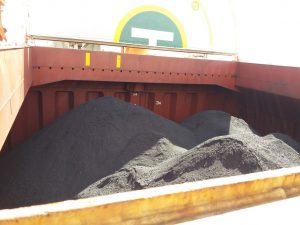 The coal is discharged at Vila do Conde via grabs attached to the vessel’s cranes which are then dropped into hoppers positioned on the berth alongside the vessel as shown below. 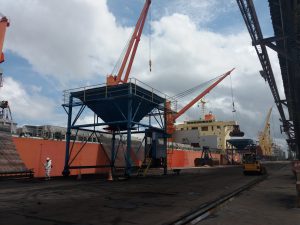 “South America continues to be one of AEC’s most important trading areas and we are steadily expanding our trading in the Supramax sector” says Anderson Luiz da Silva, Chartering Manager for South America.