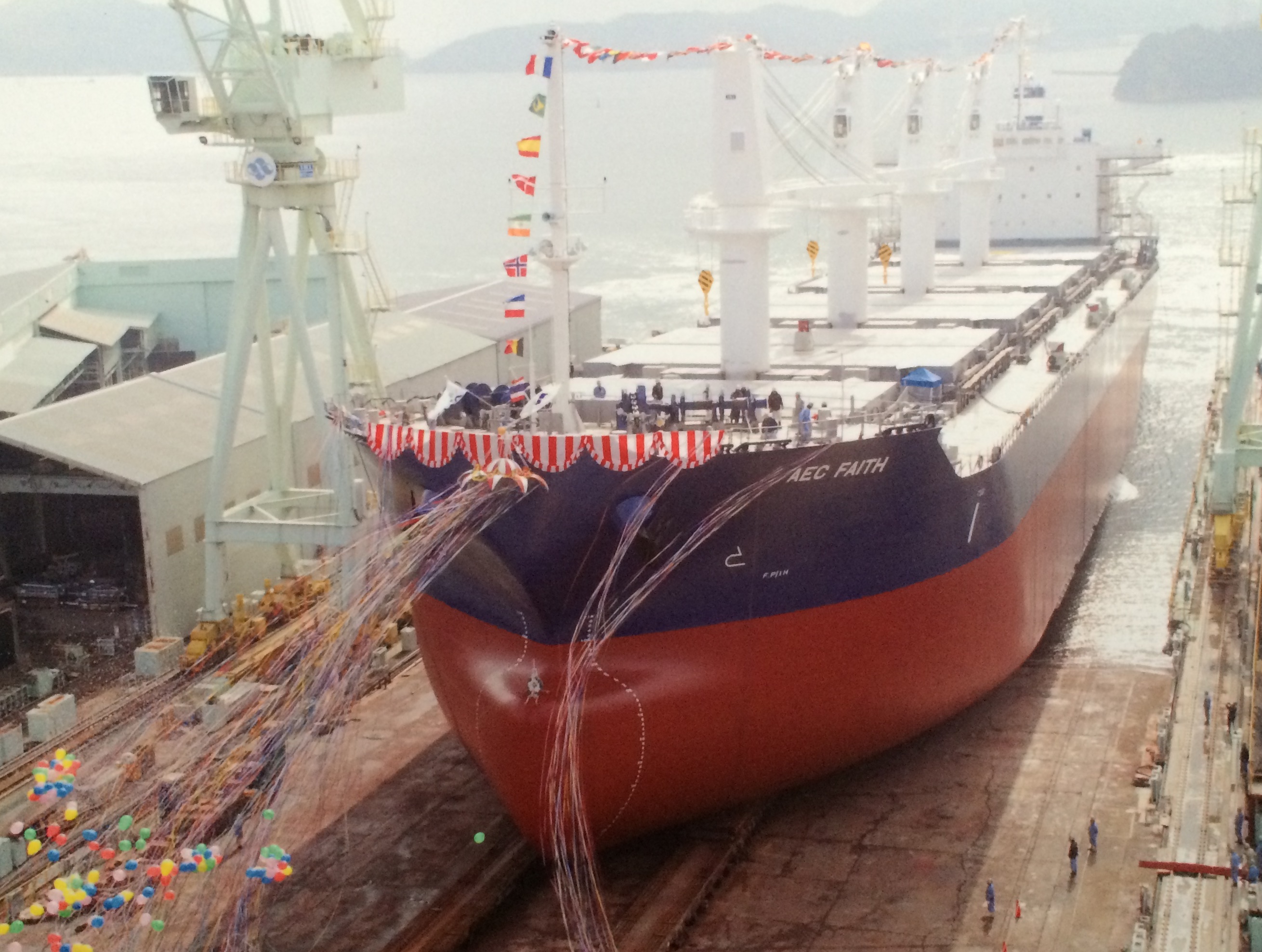 On the 22nd of January 2015 a AEC delegation attended the launch of the second Naikai Zosen 38,165 dwt Bulk Carrier together with valuable clients from Latin America.

What started off as an overcast and windy day changed the moment Mrs. Samantha Carr cut the cord in traditional Japanese style and the vessel rolled into the Bay of Yugeseto under the first sunshine of the day. 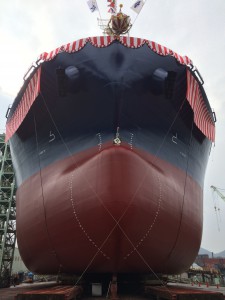 “The shallow draft of the vessel with only 10 meter in salt water together with its new SSD design and surf-bulb at the rudder will provides a significant trading advantage over other Owners especially in the North and Latin America trades where short sea voyages and draft restricted ports are the norm” comments Claas Grafe, Chartering Manager of the Nassau office who was attending to the launching. He continues: ‘Apart from those features all AEC New Building all have the same high specification in terms of extras added to the standard designs not to mentioned that they are all double hull, semi box shaped with large hatches’.

The vessel was named MV AEC FAITH by its Godmother and is scheduled for final delivery in April 2015.